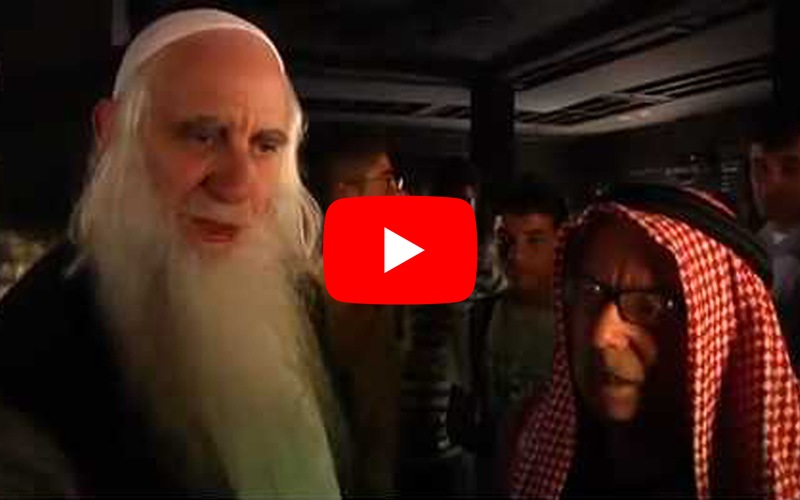 Rabbi Menachem Froman after a price tag operation in a mosque in Luban A. Sharkia Watch (HE) 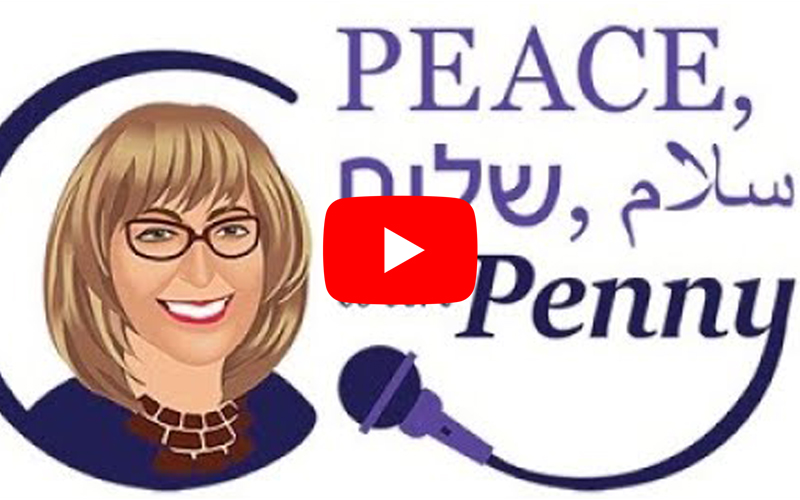 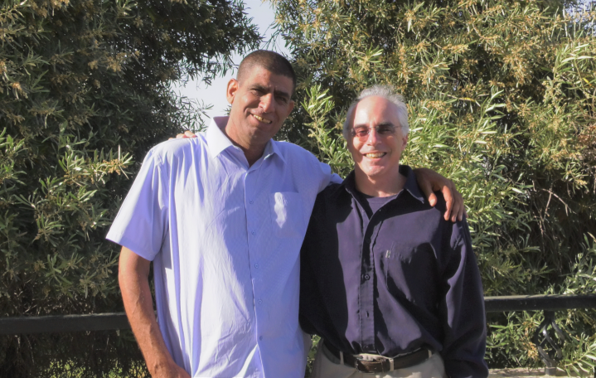 A Palestinian and an Israeli who have succeeded in bringing the communities of Tzur Hadassah (secular and national-religious Israeli Jews) and Beitar Illit (ultra-Orthodox Israeli Jews) together with the town of Husan (Palestinian Muslims) in a remarkable cultural transformation which has reversed decades of animosity, to instead establish strong bonds of friendship and mutually beneficial economic relations. 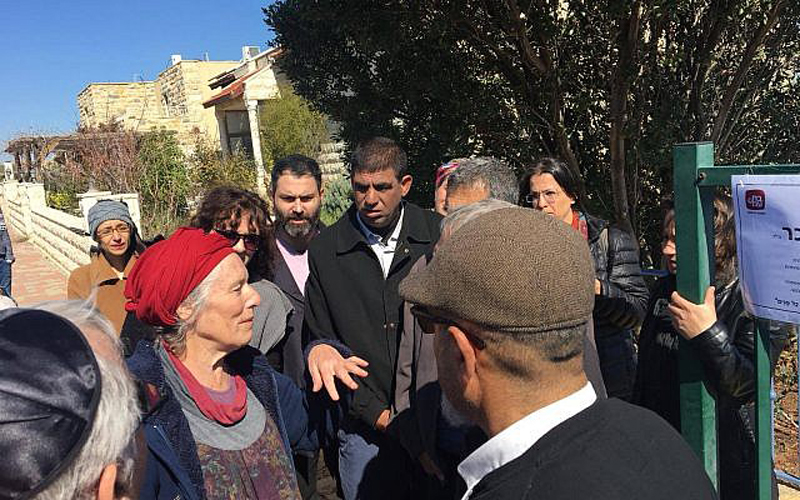 A group of Palestinian and Israeli coexistence activists visited the home of an Israeli teen brutally murdered by a Palestinian man last Thursday. “We believe that the violent path brings nothing but violence,” said Ziyad Sabatin, of the southern West Bank town of Husan, outside the home of the Ansbacher family in the settlement of Tekoa. 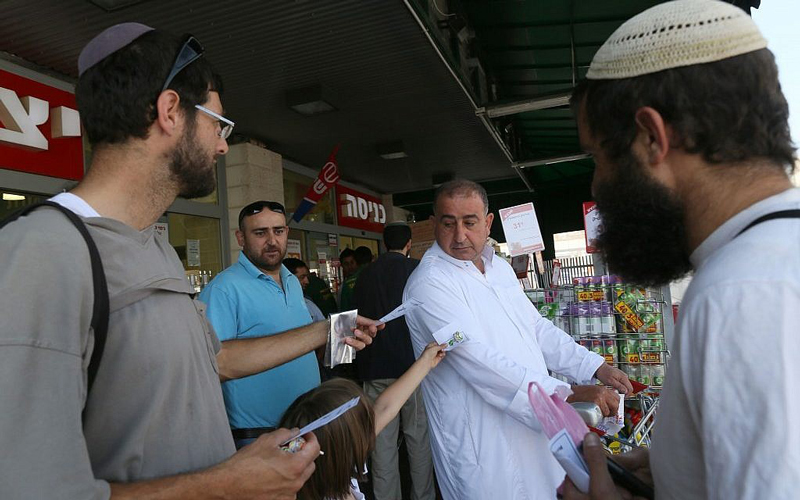 ‘Tomorrow, God will ask us why we didn’t make peace’ | The Times Of Israel

Nachum Pachenik and Ziad Sabatin met three years ago at a demonstration. They both came to the Palestinian village of Walaja, southwest of Jerusalem, to protest the construction of a fence that would encircle the village from all sides. It was an unusual meeting: Pachenik is a settler from a small outpost near Neveh Daniel, in the Etzion Bloc; and Sabatin is a Palestinian from Hussan, just north of there... 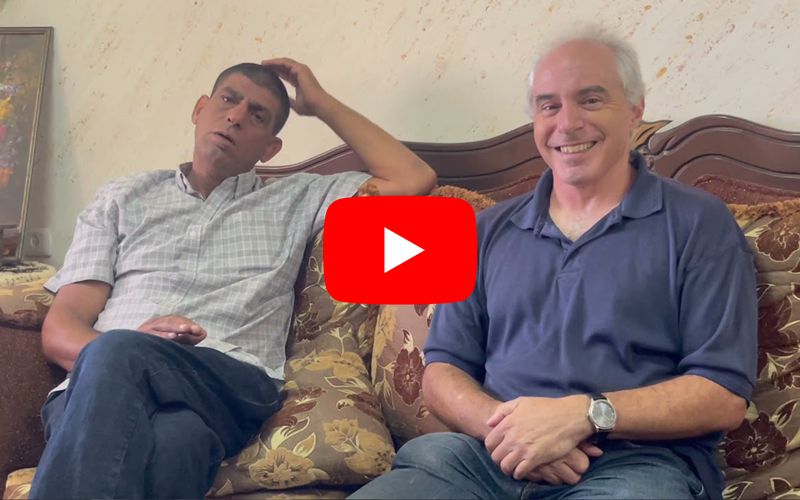 We had the distinct honor to be welcomed to the home of Ziad Sabateen in the Palestinian town of Husan today. Ziad and Phil Saunders – who lives just across the “checkpoint” from Husan, in the Israeli town Tsur Hadassah, and who is doing the translations in this video – together run an organization called “Path of Hope and Peace”. Independent of any government, both are working for a better relationship and cooperation between Palestinians and Israelis – village by village, town by town. Here just a small impression of the information we got during this wonderful day with the two of them…. 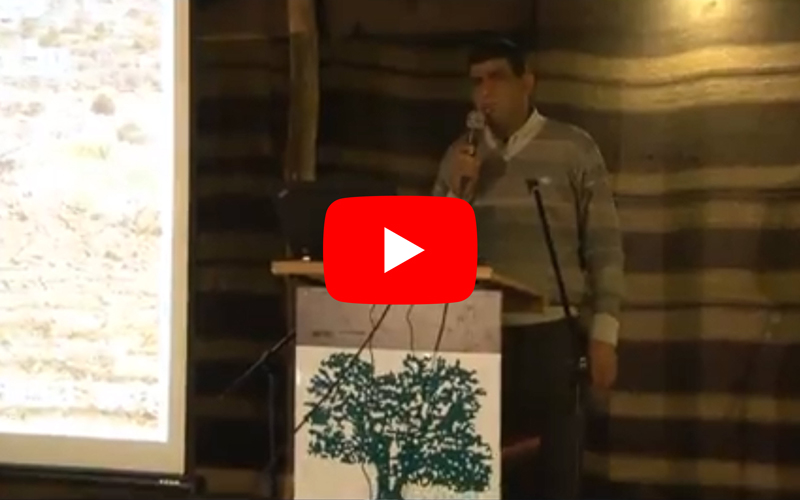 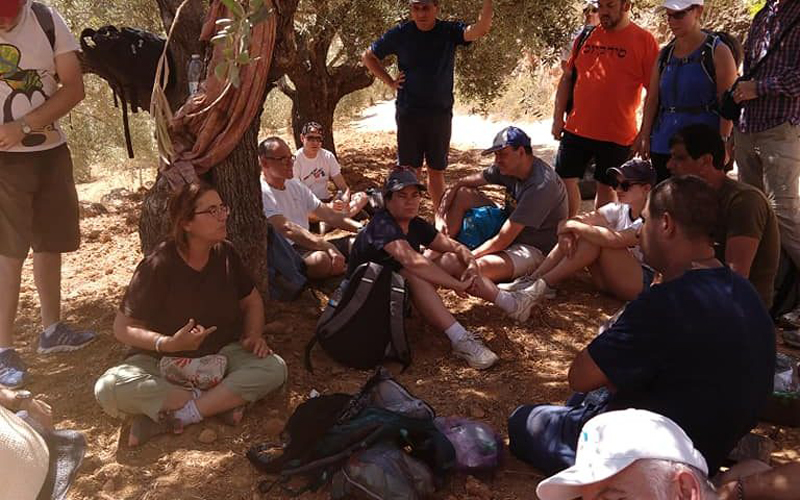 Last month on a rabbinical conference in Israel conducted by the pluralistic Shalom Hartman Institute, Rabbi Brent Gutmann of Temple Kol Ami in West Bloomfield, along with a delegation of rabbis from Israel and around the globe, visited the Arab village of Husan, located in the Gush Etziyon region of Judea and Samaria (West Bank). There, they met with a grassroots organization of Palestinians and Israelis who are taking up practical causes of co-existence such as protesting Israel’s continuing a section of the security barrier that would bisect the village and potentially harm the irrigating Wadi Fakhim, and learned about how Israelis and Palestinians can work together to expand medical facilities and services in the area... 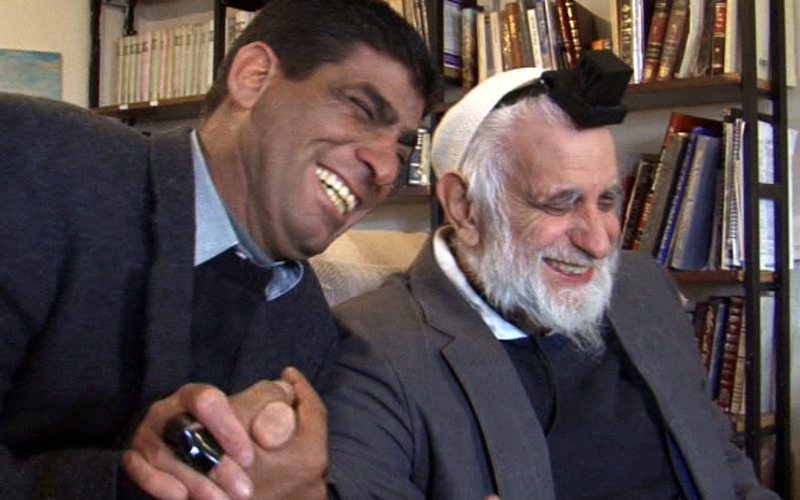 Rabbis Without Borders A Different Reality | My Jewish Learning

I was sitting with a member of the Palestinian Liberation Organization’s Committee for Interaction with Israeli Society, Dr. Fathi Darwish, when my friend and cofounder of Roots Ali Abu Awwad approached with plates of food for both of us. I remarked to Dr. Fathi that I learned from Ali not only about Palestinian identity and life. I also learned from him graciousness and manners. In response he told me that Yasser Arafat used to host many guests at his compound in Ramallah, and that no matter how many people were seated around the table, Arafat used to get up and serve each one individually. And he said it with great fondness and admiration!... 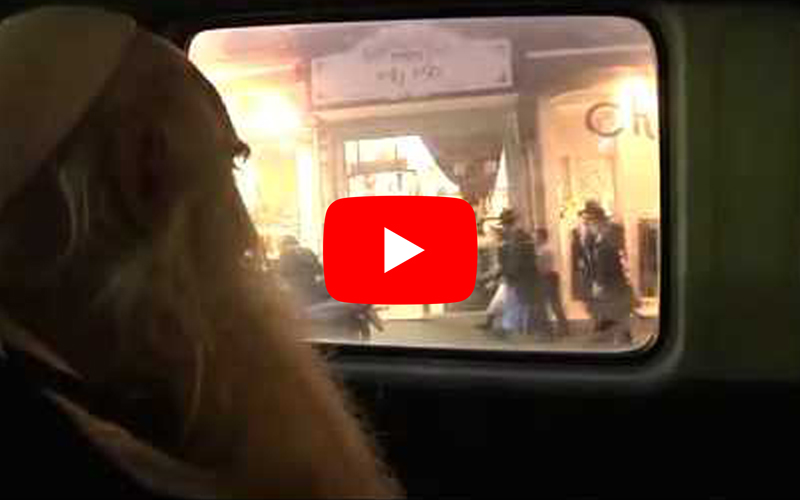 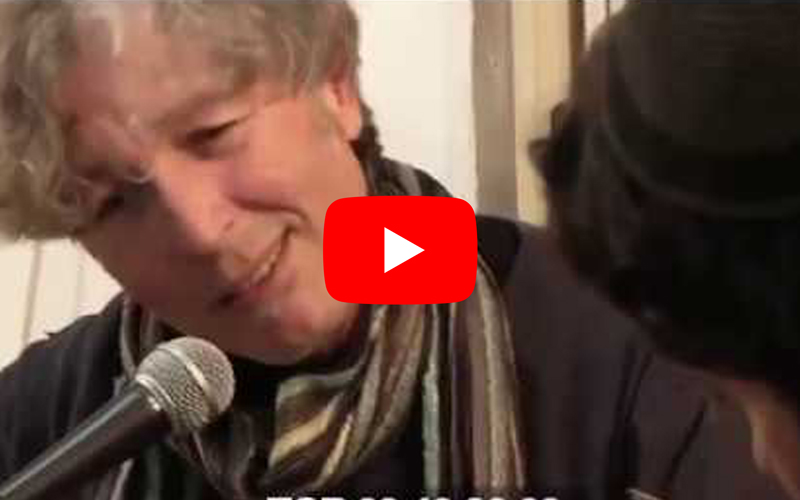 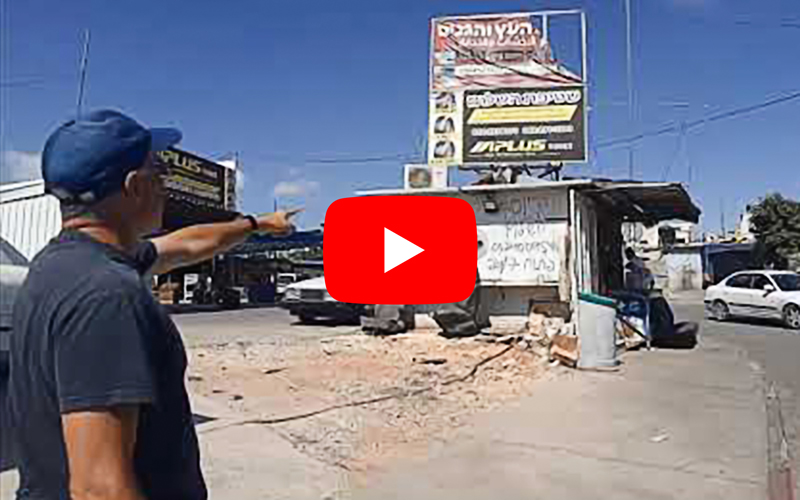 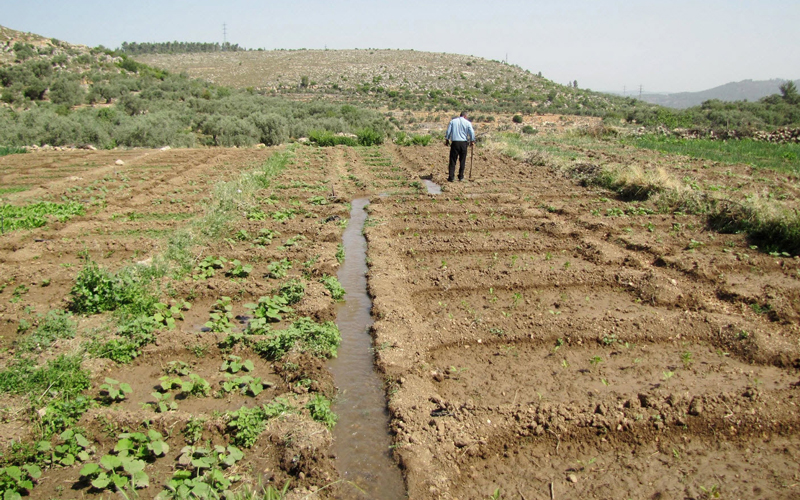 GUSH ETZION, THE WEST BANK — One evening in late January, a group of settlers here gathered on Tu Bishvat, a Jewish holiday marking “the new year of the trees,” the start of a new harvesting cycle. Many Israelis celebrate ecological awareness on this day, planting trees and eating biblical fruits, such as pomegranates, dates and olives... 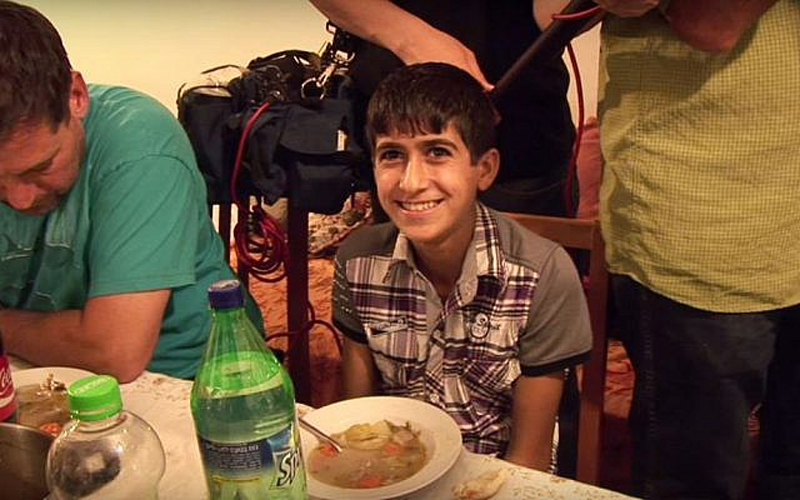 At 2:30 a.m. Wednesday, dozens of soldiers burst into Ziad Sabateen’s home outside of Bethlehem to arrest his son Muhammad. Ziad Sabateen has not seen his son since his arrest, he told The Times of Israel over the phone on Friday morning. While Muhammad has been in custody, two of the 15-year-old’s teeth were allegedly broken, Sabateen added. “They say that he threw a rock,” the father explained. But no information has been provided to explain who made the allegation or what evidence it is based on... 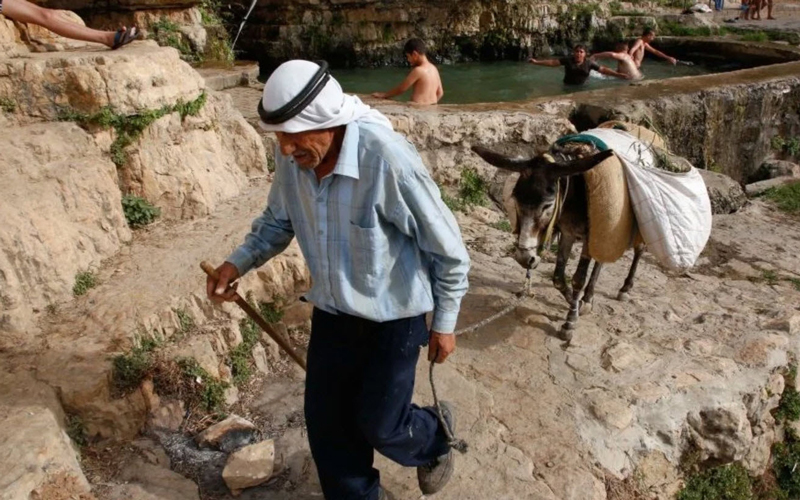 Is Washington missing the real sign of the times with Israelis and Palestinians? | The Hill

The Biden administration sent an envoy to Israel this week to meet with Israeli and Palestinian Authority (PA) representatives, to discuss a potential return to the negotiating table under the watchful eye and guidance of the United States. The PA’s list of demands to do so likely will include returning to an earlier status quo that limited Jews from visiting the Temple Mount; returning the Palestinian Authority to East Jerusalem’s Orient House; stopping evictions in Jerusalem; and returning confiscated arms to Palestinian security forces. But as Secretary of State Antony Blinken’s team prepares to wade into the intractable Israel/Palestinian dispute, they should take note of another demand — one made of Palestinian businesses and shopkeepers... 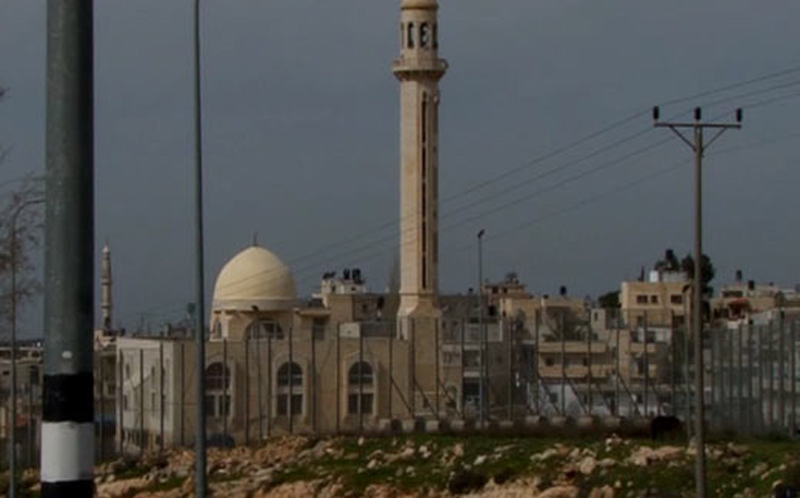 The Palestinian who sells Shabbat time to the ultra-Orthodox | ynet

A daytime visit to the Palestinian village of Husan near Bethlehem can be misleading: Hundreds of Israelis who buy electrical, building and plumbing products in the village give the feeling of another Jewish settlement in Gush Etzion. Buyer from nearby Beitar Illit: "Shabbat time costs NIS 80 here, instead of 'normal' it costs at least NIS 150" 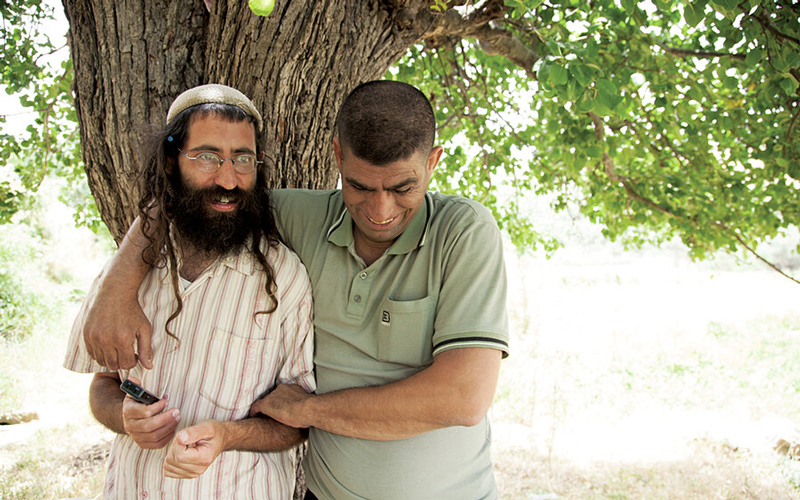 A rabbi and a Palestinian farmer are neighbors, partners – and friends | Margarida Santos Lopes

Shaul David Judelman is an Israeli rabbi who moved from Seattle to Bat Ayin, a religious community in the occupied West Bank. Ziad Abed Sabateen is a Palestinian farmer who endured imprisonment during the first intifada against the Israelis more than 20 years ago and whose family was dispossessed of most of its land to accommodate Jewish settlers. The two men are good neighbors, friends, and business partners – not enemies... 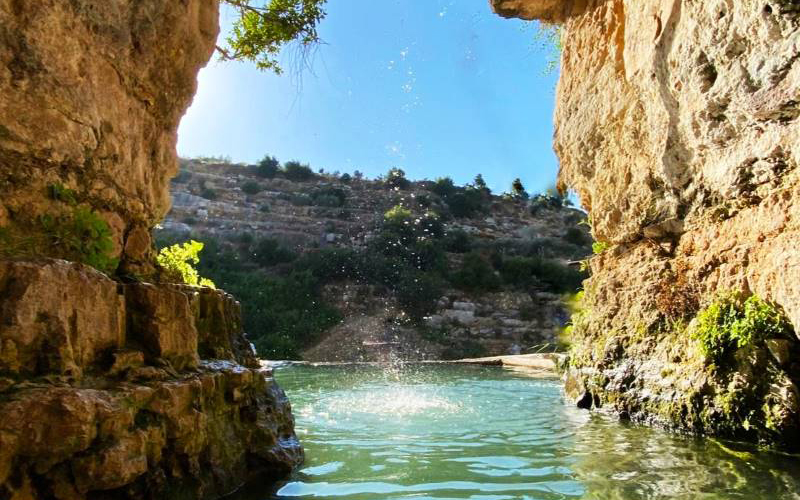 Introduction to Wanderings 18: The Land of Springs and the Vision of Peace | masa.co.il

I went for a walk in the beloved southern area of ​​the Jerusalem mountains coming from the lowlands. Mount Giora, Nahal Refaim, Ein Kobi. I remembered not far away, but beyond the mountains of darkness there was a magical place called Nahal HaMa'ainot, and so I came to Ziad Sabatin from the village of Husan... 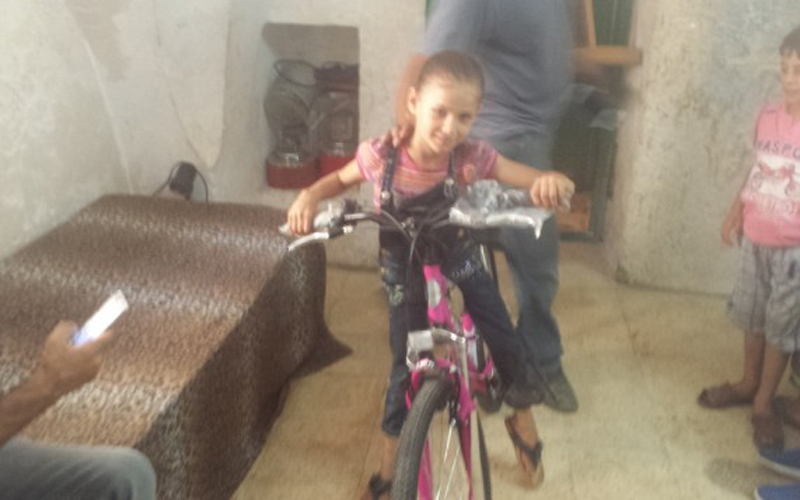 Peace activist Lonny Baskin on Wednesday donated a new bike to the Palestinian 8-year old girl that was bullied by border guard in Israel earlier this month. 8-year old, Anwar Burqan was taken away from her on August 2, and after collecting the bike, the family of Burqan said the bike was damaged that it could no longer be used... 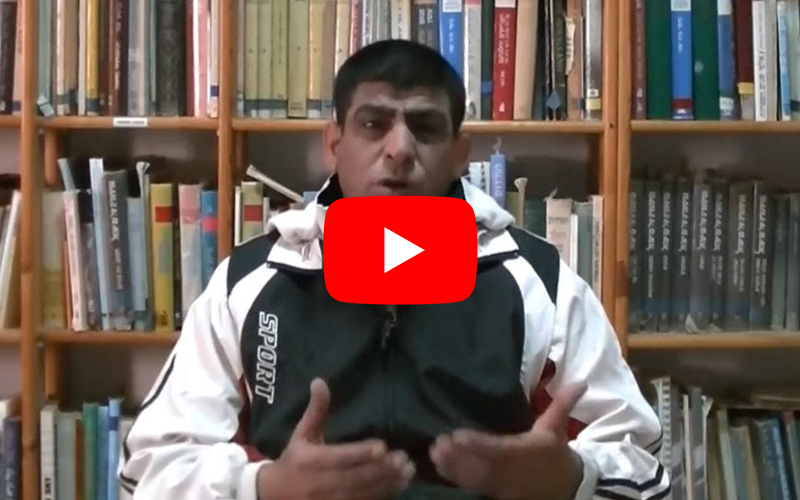 The neighbor's lawn is also our lawn Watch (HE) 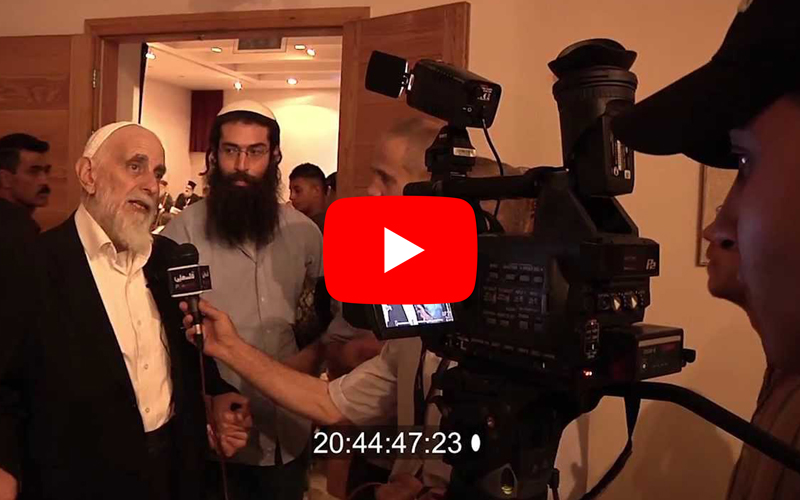 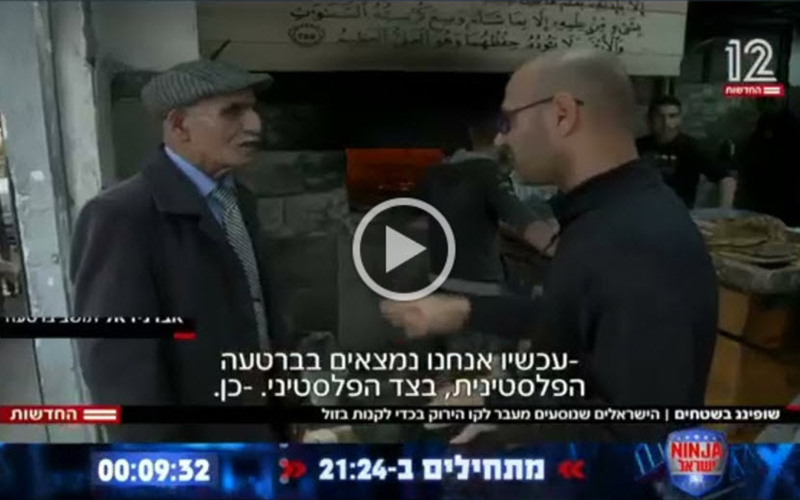 About Hussein Watch (HE) 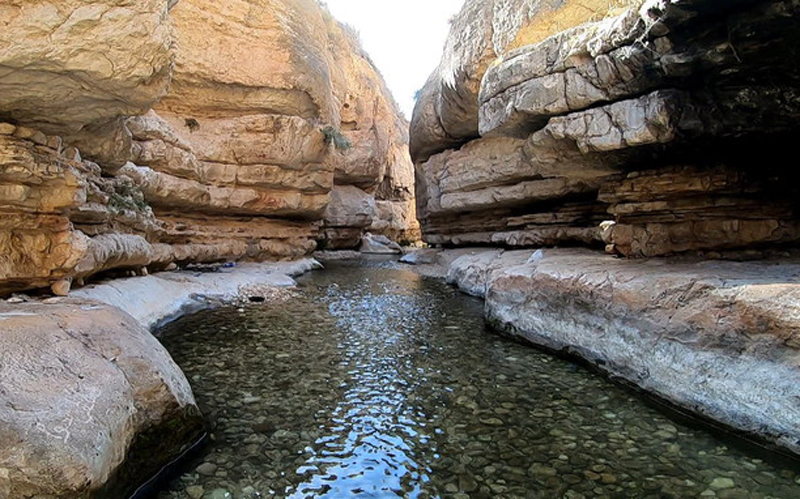 Hidden springs, stalactite caves and streams in the desert: hidden corners in the territories | mako.co.il

9 million people, with tensions and internal conflicts, are locked up in a small country in the Middle East, in a hot and steamy summer with no ability to get out. In the past it might have sounded like the beginning of a dystopian scenario, now it's just the most accurate description for the summer of 2020. In this setting our correspondent set out to look for coveted corners that have not yet been discovered for the average Israeli. All you have to do is cross the green line. 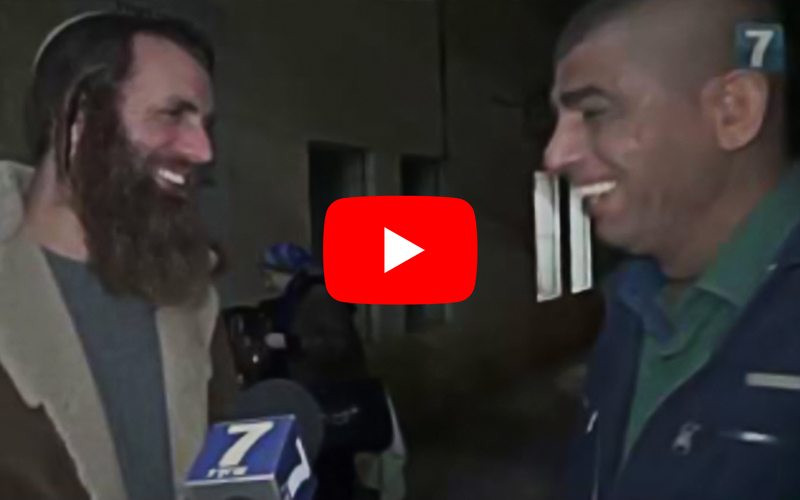 "The father had a great love for controversy," said the son of the late Rabbi Menachem Froman at an event held in the town of Tekoa to mark six years since the rabbi's death. 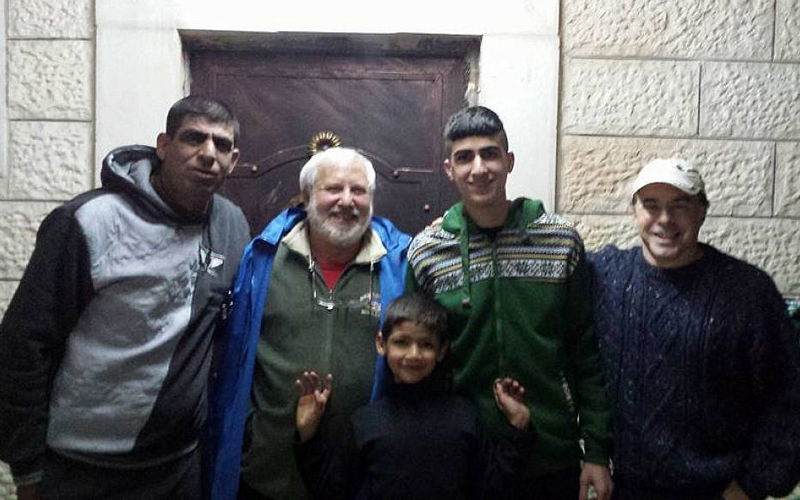 Palestinian peacenik’s son released from prison, changed but dedicated to non-violence | The Times Of Israel

While in prison, Muhammad Sabateen turned 16 years old and became an uncle. He had been convicted of stone throwing and sentenced to three months in an Israeli prison, which he completed on January 27. Muhammad believes his troubles began because of a rivalry over a girl, he told The Times of Israel in his family’s home in the Palestinian village of Husan, outside of Bethlehem. As Muhammad’s Hebrew was limited, his father Ziad translated most of the conversation. Ziad Sabateen is a Palestinian peace activist, who works closely with Israelis — including those living in settlements — to promote dialogue and cooperation between Jewish Israelis and Arabs, as well as non-violently protest against Israel’s control of the West Bank... 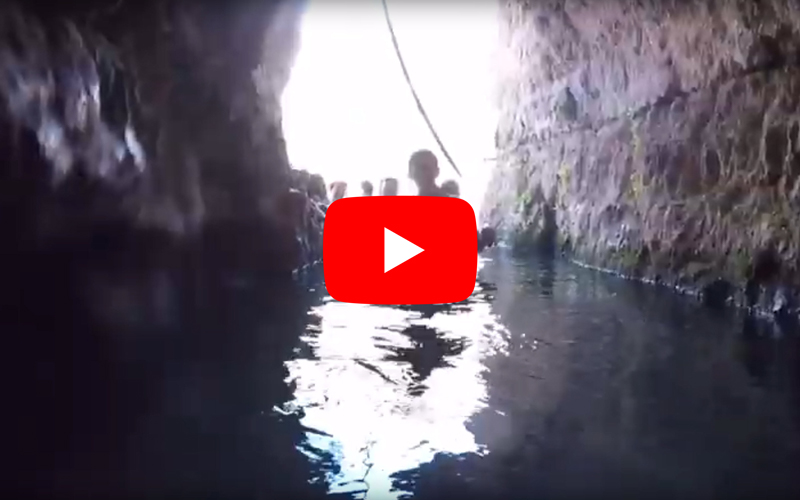 A visit to the "Spring Valley" near the Palestinian town of Houssan, hosted and guided by Ziad Sabateen and organized by Yoel Oren. 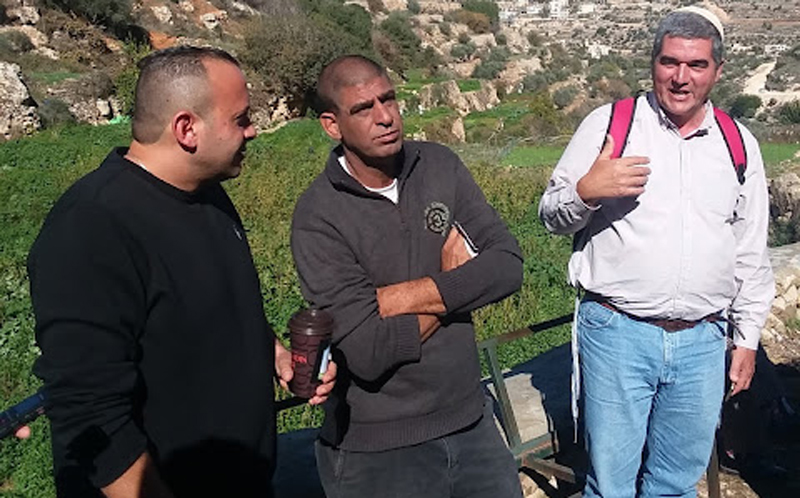 Forget About The Two-State Solution: Thinking Outside The Box About Israeli-Palestinian Peace | The Jewish Press

The conventional wisdom is that the best chance for peace in the Middle East between Israel and the Palestinian Arabs is the Two-State Solution. Failing that, there is the One-State Solution. The problem, of course, is that decades of pursuing the Two-State Solution has produced nothing except period increases in violence. On the other hand, it has the advantage of allowing people half a world away of being able to spout off about what is best for Israel and the Arabs without having to live in the region, having a grasp of the situation nor having to live with the consequences of their unsolicited advice. Actually, there are ideas out there for peace that are being discussed between the people who are affected, between Israelis and Palestinians, and those solutions are not about a One-State Solution or Two-State Solution... 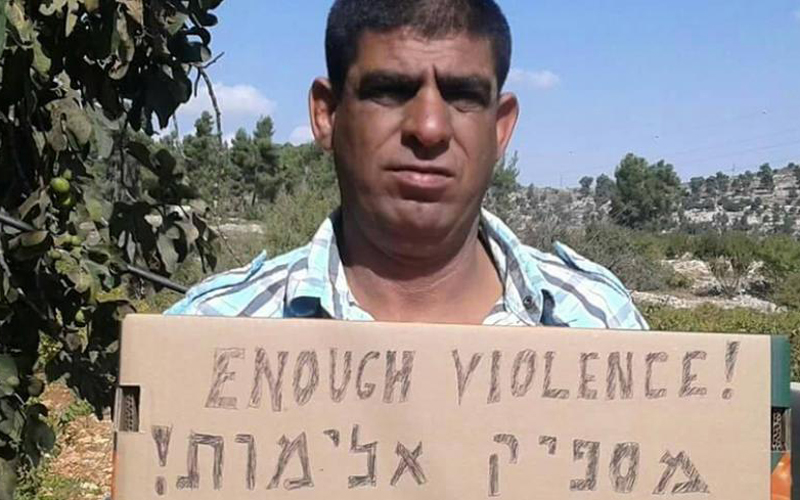 Ziad Sabatin, a resident of the village of Husan, between Tzur Hadassah and Bethlehem, is one of the oldest and most well-known Palestinian peace activists. A tireless peace fighter, who for 18 years has been working in every way possible to convince his friends, neighbors, villagers, residents of the area and everyone who happens to be in his way, Palestinians and Israelis, that there is no choice but to follow the path of peace...

A rabbi and a Palestinian farmer are neighbors, partners - and friends | The Christian Science Monitor

Israeli Shaul David Judelman and Palestinian Ziad Abed Sabateen plan to open an organic farm together that will sell vegetables and support families in need.